It was piloted in Manchester in 2003 and found to improve standards in the night time economy, with premises now competing to participate. It has since been adopted by 75 town and cities across the UK with Torquay holding its launch event at Pier Point Restaurant & Bar on Wednesday 20 January.

The aim of the Best Bar None scheme in Torquay is to reduce alcohol-related crime, antisocial behaviour and increase business, through the delivery of education, training and the promotion of best practice, to broaden the appeal of Torquay – more especially the evening and night-time economy.

Responsible owners are recognised by an assessment process with a high profile awards ceremony with category winners and overall winner later in the year. 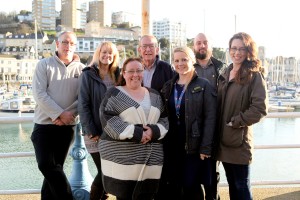 Any operator who wishes to learn more about the scheme is invited to the launch event at Pier Point at 2pm on Wednesday 20 January.