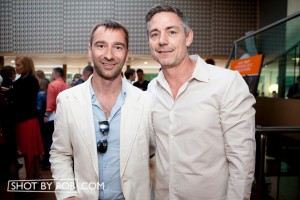 Stonewall raised £64,861 on Thursday night at its annual Summer Party, kindly supported by Société Générale, which took place along the Thames aboard the Silver Sturgeon.

Guests were also joined on board by trans activist and writer Paris Lees, actor Charlie Condou, DJ Adele Roberts and Doctor Ranj amongst others.

Amy Lamé said: ‘I’ve been a long-standing supporter of Stonewall and was thrilled to be invited to host this year’s Summer Party. Stonewall’s international work is extremely important, and I’m glad to have been involved in an event which will support that campaign.’

Prizes won on the night included a meal at L’Entrepôt, tickets to see Madonna live in London, a book evening hosted by author Matt Cain and afternoon tea with celebrity chef John Whaite. 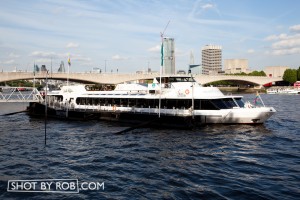 Siobhan Jordan, Director of Fundraising at Stonewall, said: ‘The Summer Party is a vital fundraising event for Stonewall. Money raised from tonight’s event will help support our international work. We’re extremely grateful to Société Générale for supporting the event, as well as our supporters, prize donors and of course Amy Lamé for being such a fabulous host on the night.’

Stonewall’s international campaign supports the work for LGBT human rights defenders around the word. Being gay is currently illegal in 75 countries and punishable by death in ten.

View all the photos from the event at http://shotbyrob.co/1IoR5eE