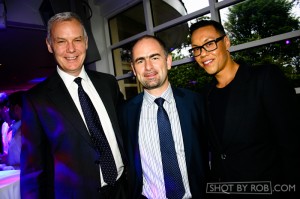 Host Allegra McEvedy MBE praised Stonewall’s campaign for equal marriage and work to prevent homophobia in schools saying, ‘I have a child of my own. She may or may not grow up to be gay, but the idea of anyone ever attacking her for the most innate thing that we all feel is just unbelievably extraordinary and painful. So I thoroughly support Stonewall’s Education for All campaign.’

On the night the silent auction and raffle raised £14,000, with lots including a voicemail recording by Stephen Fry and Nancy Fouts’ surrealist sculpture Madonna with Safeway Bags. Kevin Spacey donated a signed script of the Academy Award-winning film American Beauty.

Find all the photos from the party at www.shotbyrobshop.com.