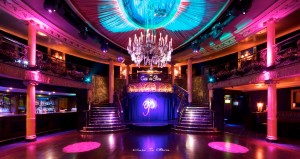 Join me, my camera and a host of celebrity guests at this year’s THT Supper Club on Tuesday 1 November.

Now in its 16th year, The Supper Club has gone from strength to strength and has fantastic industry support, particularly from Ambassador, Michelin starred chef Angela Hartnett.

Angela says: ‘I am delighted to be the ambassador for The Supper Club, an amazing and unique charity event which has raised an incredible £1million since in first began in 2001. This event brings together my passion for food and a cause that is very close to my heart – Terrence Higgins Trust’.

It’s an evening of 50 fabulous dinner parties with a glamorous after-party in the opulent Cafe de Paris, Leicester Square. Hosts and their guests have a wide range of exquisite culinary delights to choose from, with restaurant industry leaders and institutions on the foodie scene supporting the event.

Look out for the photos here and in the national press.